Magic mirror on the wall...
Who's the strangest of them all ???

If you've ever been told "you ain't right" you probably belong.....

Post your reason and qualify today !
OR if you know someone , feel free to tell us about them .

(If you're a musician , you're in with no further discussion.)

We will NOT sell or release the member list for any reason , or maybe I will cuz I ain't right !!!! 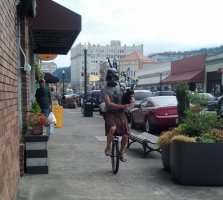 I ain't right because I would totally drop shekels in that guy's hat
and cause I like bagpipes, period'
ex musician, too, hah
G

There's a man at my VFW from Scotland and after a beer or three he can be convinced to bring his pipes in.

He plays mostly old Scottish hymns and a few like Amazing Grace. He always ends his routine with "Taps". Not a dry in the house... Love it.

I ain't NEVER been "right" and I ain't plannin' on startin' now. 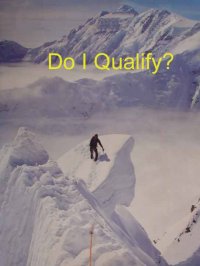 I've done enough stupid things in my life, some dangerous, most just dumb but I can't imagine handing my beer to someone while a couple of miles up on a mountain and saying "Watch this"

:huh:  I ain't right cuz little girls don't get arc eye watching the welders in Papa's shop even after being told repeatedly
"you're gonna put your eyes out"

I really think I'm O.K.........I have been told thru the years that I ain't right on more than one occassion by others
Like they know??

I work at the post office. I qualify the most

Lets see. I take my 25 ft power station pulled by another power station down jeep trails in the middle of a dessert with a paper white Schnauzer calling the shots just to see where I can get internet.

Actually the last time was in the forest near Prescott. I missed the site, went on for 5 miles and lost the end cape off my bumper turning around. The next day I took the person I'm camping with back up to find it, all the way up I heard You went over that and kept going, around that and kept going, climbed that and didn't turn around? When we got to the top where I did turn around, ( no internet up there by the way) I found the rock I bumped and knocked off the end cap. My friend said you came all the way up here with your big azz trailer and then I heard it...You just ain't right!

That's just the beginning. I'm a gay Irishman that finds the pipes so soothing that they will lull me into a nap. I don't drink often but say you can out drink me and I'll pull out the tequila, drink until you give up and then finish the bottle wondering when the buzz is going to hit.

I never did understand the Celtic games. Everyone knows it's far easier to throw the logs than carry them.

I ain't right cuz I find y'all hilarious!!

I'm told "I ain't right" often, apparently not wearing underwear is the cause of this, that and rarely wanting to wear clothes, and taking naps while floating in the pool (complete with snoring), and finding all sorts of things funny that other do not.

I've always wondered why everyone calls me "Looney" instead of "Lenny".

i was going to say Jim is to normal but that mighty mouse to infinity and beyond in that video,yea,he aint right
at .45

I'll add some goofy lady to the list of people who ain't right.  I was away today at a funeral, a good friends mom had passed away; at the after funeral gathering at the house some lady came right up to the screen porch where we were all sitting and talking and loudly asked to speak to my friend, she wanted to know how much she wanted for the house and how soon it would be available for a tour.
T

Our apt. community has hired a new guy.  He mows and weed wacks and uses a blower.  Myself and another lady washes and hangs up our clothes on the clothes lines.  Sometimes by daylight I have 4 lines of clothing to hang out.  The new guy rides a monster mulching mower and throws the dirt and grass towards the wet clothes and our porches.   :huh:   My step dad had a cleaning service that included base housing, a trailer park and several honky tonks.  When my shift ended at 6am I would often help him on the daytime jobs.  On my nights off sometimes I would also help cleaning the juke joints. I'm telling you this so ya'll know I do know how to mow and weed wack among other things.  Like cleaning beer drenched tables and vacuming up popcorn out of sticky red carpet.   Are we having fun....yet

Today I learned that last week the new guy stepped over the white wire flower bed fencing and demolished a huge bed of large leaf purple wandering jew by mothers back porch.  I have watered and pulled weeds in it for seven years!

This ol' boy JUST AIN'T RIGHT!     When I asked my Sis if she had called the office I was told " no Mom doesn't come out here anymore".  So f.....ing what ! It's Mom's flower bed and my labor of 7yrs.  In this case I think my Sis Ain't Right Either

I'll take care of this when I pay my rent.  If he gets in my Canna Lily bed it's "gonna be on like Donkey Kong" to quote Uncle SY.  If I get a weed wacker it will not be flowers I'm after wacking...........I may have to move sooner than I intended

Can someone explain to a non-native English speaker what exactly "I ain't right" or "You ain't right" means? I mean, I understand each word, but as I am reading through the various posts, I am amused but confused. And what's wrong with being a musician or post office worker?

English is my 3rd language... maybe I ain't right.
T

O.K. I'll give this a shot = I'll try to explain.  To my way of thinking sometimes a person will say or do something thinking that whatever they are doing is O.K. and that no one else will see their actions or words in a negative manner.  Sometimes these actions may not seem "normal" { whatever the hell that is } to other folks.

An example......Some of my family thinks I "Ain't Right" because I want to travel by myself in a van with a Chihuahua named Queenie and have Solar power for my T.T. so I can stay where ever I want to and not be dependent on a outside source for electricity or water or showers etc.  Now if I traveled with a male companion staying in campgrounds or RV parks...well that would be OK as that in their minds would be the "right" thing for a retired Granma to do.  I've been talking about and working towards this goal of being at least semi nomadic for 18mo.  Planned to become a total nomad 6yrs ago and life happened and I had to set those plans aside.  It's only since I found CRVL and started watching you tube seeing all the ways people can live with more freedom of movement without having a lot of money to spend has some family members started to question the "rightness" of my wants/needs. No one ever asks me how things are going with the Safari or Aliner.

Sometimes "you ain't right" is just a way to poke fun at folks you know and some that you don't. In a friendly and amusing way, meaning no harm.

I can't believe at your age and speaking 3 languages you don't know this!!

YOU JUST AIN'T RIGHT    WELCOME TO THE CLUB

Jewellann and Queenie aka Fat Possum
You must log in or register to reply here.

JD retires...really. You want his business?

J
origin of the Jackalope