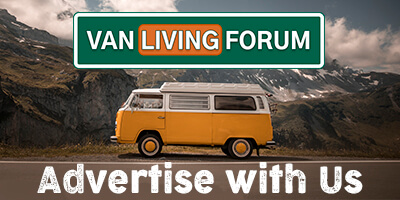 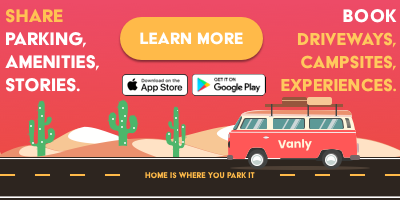 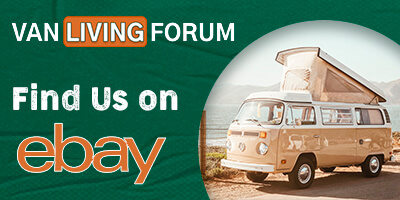 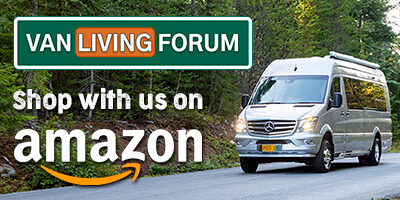 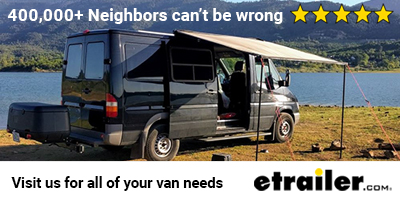 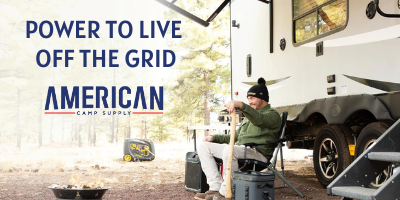 I’m looking at Chevy Express vans and wanted to know the pros / cons of the 1500 with the v6 versus the 2500 with the v8. Is the v6 strong enough? Won’t be towing anything and like to move more often than most people.  Any help is appreciated.

Is this new or used?

I don't think you can still get them new with a V-6 but maybe so.

I would not buy a full size van with a V-6, but that's just my preference. You just don't have much extra power for passing and climbing hills if you are fully loaded, and you can only tow smaller trailers.

I had a Chevy V-6 pickup and it was ok in town, but was sorely lacking on the highway, and struggled pulling a 1000 pound trailer up any kind of grade.

gallahadion said:
I’m looking at Chevy Express vans and wanted to know the pros / cons of the 1500 with the v6 versus the 2500 with the v8. Is the v6 strong enough? Won’t be towing anything and like to move more often than most people.  Any help is appreciated.
Click to expand...

it's very easy to overload a 1/2 ton. it's not all about towing. highdesertranger
J

And mpg isn't that much better in real conditions

V6 versus V8 is a holy war along the lines of 9mm vs .45, synthetic vs. dino, etc.  I'd compare reliability and MPG if I were making the decision on economy.

I do agree with HDR about the load-carrying aspect of a 1500.


And mpg isn't that much better in real conditions
Click to expand...

True, but at low MPG ratings small changes can make a considerable difference.  A quick look over real world Fuelly numbers suggests that on the Express 2500 there is a ~2.0 mpg difference between V6 engines and V8 engines, about 15% difference in that case.

The 280hp V6 in my van is, IMO, overpowered.    I would have gone diesel if they weren't so expensively hamstrung with emissions these days.  :-(
J

2mpg difference as $/month is not IMO worth the loss in functionality.

And I bet longevity difference as well

I have a 2500 with the 5.7L engine and live in/travel through mountains on a regular basis.

I would never try to put it through what I do with a 6 cyl engine in it. As it is, I'm kind to the engine and let it take it's time up the grades. Sometimes it means that the only thing I'm passing on a hill is a fully loaded fuel tandem or occasionally a tandem log hauler....

The 2500 is heavy enough to haul a decent sized trailer and handle the interior I built in to it. A 3500 sometimes gets you in to trouble with insurance since it seems that most insurance companies automatically classify it as a commercial vehicle...check DMV and insurance regs before you buy. A 1500 won't take to hauling much and you'd have to be careful about the interior weight.

I wouldn't ever recommend a 6 cyl engine in a full size van...back in the 70's I had a 1961 Ford Econoline with the small 6....always the last one to the party and that was on flat ground...   The '61 was probably 70% (if that) of the weight of the new modern full size vans and it could hardly pull itself let alone anything else.

frater secessus said:
V6 versus V8 is a holy war along the lines of 9mm vs .45, synthetic vs. dino, etc.  I'd compare reliability and MPG if I were making the decision on economy.
Click to expand...

I'm sticking with 12 gauge 00 buckshot. (Incipient tremor in left hand, not good aiming with right)  Scattergun gets it all....

The base V6 in the eurovans (Transit, Promaster, and NV) has more power than every van V8 mentioned so far in this thread.

Buy whatever you like, it's your house not mine or anyone else's.
S

I have the 2500 V8. My opinion is it is better to have the power in case you need it. Bigger is better.

frater secessus said:
The base V6 in the eurovans (Transit, Promaster, and NV) has more power than every van V8 mentioned so far in this thread.
Click to expand...

The base V-6 in most of these older domestic vans is an older design pushrod engine, with a 3 or 4 speed automatic, and the V-6 in those new euro vans is a newer overhead camshaft design with things like variable valve timing, 6 or 7 speed automatics, and other goodies that bring more performance to the table.

So even though both are a V-6, there is more performance in the newer V-6 that you have, compared with the older designs. And that is the reason that the V-6 in the Chevy is not really the engine of choice for most of us.

Just FYI: most OTR trucks have a six cylinder diesel engine...of course its bigger, but still, it's 'only' 6 cylinders.

Yes the question was Chevy Express engines, not V6 vs V8 in general

The question was about Express engines but about half the answers weren't:

I wouldn't ever recommend a 6 cyl engine in a full size van
Click to expand...

That's why I mentioned full sized eurovans with V6 engines are stronger than the V8 engines mentioned in the thread.  I am concerned that broad generalizations about engine
configuration or displacement can mislead newbies into ruling out options that might be a good fit for them.

The real takeaway:  all of the express owners in the thread have been happy with the engine they bought, whether V6 or V8.
I don't have anything else to contribute to the thread.

Well I'm gonna totally go against the majority out here and NOT by experience, let me say again not by "MY OWN EXPERIENCE". I work in whats called the expediting industry (basically delivering freight like 18 wheelers) only, in a van. I discuss, communicate & swap information regarding all types of vans on a daily, weekly, monthly basis with hundreds of members within our own expediting community. We have folks driving the promasters, transits, mercedes, nissans, chevys Etc. Etc. And as I stated we continually discuss the ins and outs of ALL these vans trying to gain a general understanding of which one would or is the more profitable, safest, mechanically sound van to stay or go with.

I told you the back story to give some validity to what im about to tell you, apologies, LOL.

So in the time I been doing this I have crossed paths with quite a few guys who do in fact run the 6 cyl. Chevy vans out here in (the expediting) industry, which means they haul in these 6 cyl Chevy vans on a regular basis anywhere from 100lbs to 2,500lbs REGULARLY in the back of these vans. The load changes frequently, its not a consistent 2,500lbs nor is it a consistent 100lbs so the weight they carry changes from load to load. But do understand, they are traveling (NON-STOP) everyday putting the van through its paces hundreds of thousands of miles weekly! Is it as strong as a V8, no. Is it gonna pull like a V8, no. But the question was asked concerning a V6 so my input is a V6 can and does do the same job as a V8 and does it as long as a V8 so long as the driver keeps up general maintenance.

So YES the V6 Express is plenty strong enough.

The drivers I speak to who run these vans love them, say they do the job thats asked of them, do they complain about a lack of power goin up mountains in Colorado, yes. But overall they have no problems with the vans so long as you know the task that is sat in front of you when hauling a particular amount of weight. We have drivers out here getting in excess of a million miles on some of these gasoline engines and then we have guys that only get 200k and KABOOM! Its all in preventative maintenance and driver ability to asess the obstacle put before the van in question on how hard to push it or rather take it nice and easy. You have drivers hammering down on the gas pedal, engaging the passing gear going up a mountain the entire way up without letting off (thats the 200k or less guy). Then you have the smart guy who babys it the entire way up, or gets a good start on the hill in front of him without engaging the engine hard or pounding the trannys passing gear, the guy hammering down gonna get to the top what, 20 seconds faster? Is that 20 seconds worth losing a tranny or blowing an engine?

frater secessus said:
The question was about Express engines but about half the answers weren't:
Click to expand...

My answer was in context with the OP's question, and was not intended to be taken as a broad dismissal of all other V-6 engines in all other makes of vans with different V-6 technology. The title of the thead says Chevy Express Question, so my answer was intended to be a Chevy Express Answer, or at least, it was my opinion in regards to Chevy V-6 engines in a full size van. I owned a Chevy V-6 powered half-ton pickup for 20 years! They are not the strongest mill by any means, but they can be fairly economical when lightly loaded and driven sensibly.

Sorry for the confusion.

Now having said that, most vans have 2 or 3 engines available, but of course, some do not. Usually, if there is a larger engine available it means there is also an increase in towing capacity. Again, not always, but sometimes.

This post is only for the purpose of clarification, if needed.

John61CT said:
Yes the question was Chevy Express engines,  not V6 vs V8 in general
Click to expand...

Actually he was discussing (Or wanting to) discuss 2 different engines and 2 different vans. A V6 in a 2500 will obviously use more gas since it's pulling a larger load. The thing also that should have been broached is "Where will you drive?" Hilly country a V8 is preferred. Flat land a V6 will do in most every case (Since he's not towing)

But my personal feeling is a V6 is great, fine and dandy, for a 2-4 dr sedan CAR.  The V8 will get you into (And out of) danger quickly. Plus it has power that the V6 can't match.

That's why I will only deal with V8.
J

Plus towing or carrying any heavy loads.
Even if you think you're never going to go up any hill, is that really the way to choose a vehicle?